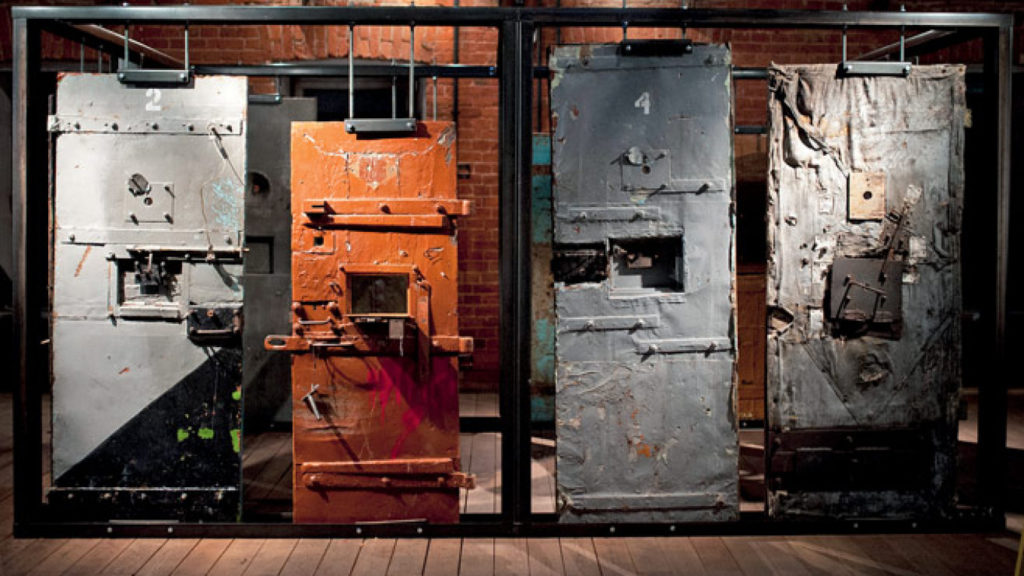 The National Park Service, in a unique partnership with the Gulag Museum at Perm-36, Russia, the International Memorial Society, and Amnesty International USA, is presenting the first exhibition in the United States on the Soviet Gulag.

As a part of the National Park Service commitment to civic engagement at Manzanar National Historic Site and other sites, GULAG:Soviet Forced Labor Camps and the Struggle for Freedom opened on Ellis Island in May, 2006, and will travel to National Park Service venues around the country including Boston, Atlanta, Washington D.C., and Independence, California.

The exhibit traces the history of the Soviet Union’s forced labor camp system and its impact on Russia and the world today.

The vast network of labor camps both repressed political opposition and provided labor to fuel the Soviet Union’s economic engine.

Highlighted in the exhibit is the history of one camp in Russia’s Ural Mountains, Perm-36. Russians committed to preserving the memory of the Gulag have transformed the labor camp into a historic site and museum.

This branch of the secret police oversaw the Soviet forced labor camp and internal exile system. Between the Russian Revolution in 1917 and the fall of the Soviet Union in 1991, some 25 million people were held in the Gulag system.

The GULAG exhibit contains four sections. The first part details the growth of the Gulag under Josef Stalin, describes the prisoners and their supposed “crimes” and depicts a typical day in the life of a Gulag prisoner.

The second section highlights the human rights movement in the Soviet Union in the 1960s and 1970s and details how Perm-36 was converted into a high security camp for political prisoners.

The third section examines the legacy of the Gulag in Russia today and focuses on the efforts of the Gulag Museum at Perm-36 to educate young Russians on the history of the Gulag and the totalitarian state.

The final section depicts efforts of Russia’s Gulag Museum and historic sites around the world to explore and give meaning to the difficult chapters of history of their own countries.

The exhibit enjoyed a successful opening run at Ellis Island in New York where tens of thousands visited the exhibit, and it received significant critical acclaim.

The Wall Street Journal (June 27, 2006) wrote that the small artivacts with which the story is told “are strikingly effective” and overall the exhibit has an “affecting, mesmerizing quality” which dramatically engages visitors.

The National Review Online (August 1, 2006) congratulated the exhibit organizers for bringing “the often overlooked horrors (and lessons) of the Gulag to a wider audience”.